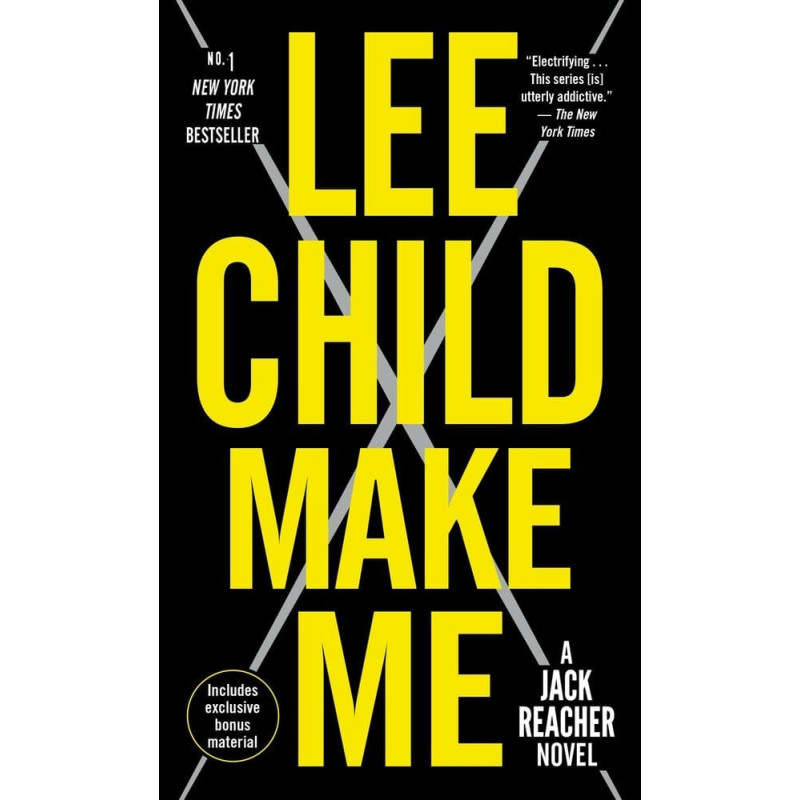 $39,900
Make Me (with bonus short story Small Wars) - PRH
Somewhere in the sprawling, flat, desolate Midwestern United States, Reacher arrives by train at a small town named Mother's Rest, curious as to the story behind the name. He meets a Chinese American woman named Chang who is apparently searching for a lost associate. Thinking that the town may have once been a young mother's delivery site or perhaps the final resting place of an old woman, Reacher wanders the town asking the locals about the name, but he does not learn anything.