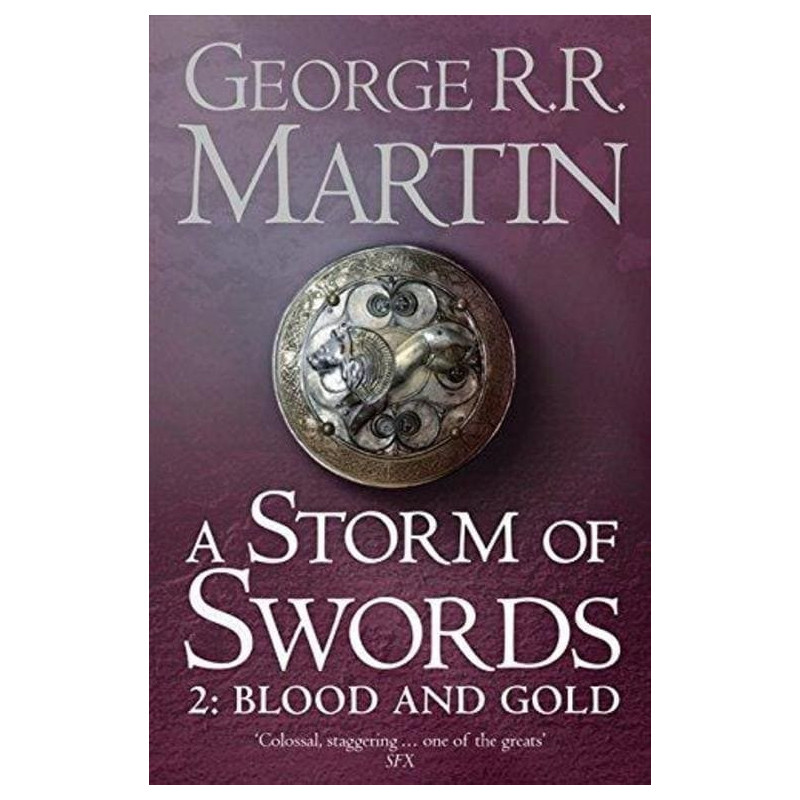 A Storm of Swords - Blood and Gold Book 3 Part 2

$25,200 Save 30%
$36,000
George R R Martin - Harper Collins
The third volume, part two of A SONG OF ICE AND FIRE, the greatest fantasy epic of the modern age. GAME OF THRONES is now a major TV series from HBO, featuring a stellar cast. The Starks are scattered. Robb Stark may be King in the North, but he must bend to the will of the old tyrant Walder Frey if he is to hold his crown. And while his youngest sister, Arya, has escaped the clutches of the depraved Cersei Lannister and her son, the capricious boy-king Joffrey, Sansa Stark remains their cap