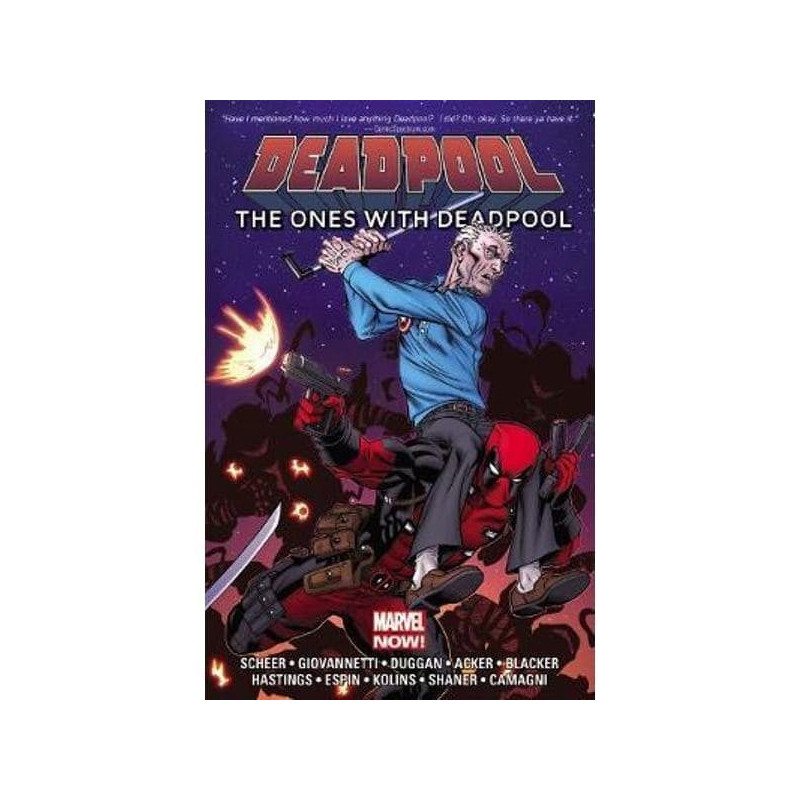 $55,000
Paul Scheer Nick Giovannetti - Marvel
Four tales of everyone's favorite Merc with a Mouth! When WaterWorld hires Deadpool to protect their theme park, he winds up face to snout with Brute Force: Protectors of the Environment (look 'em up!) in a story written by star of The League and NTSF: SD: SUV Paul Scheer and Nick Giovannetti! Then, mysterious foes try to steal Wolverine's DNA to clone him - but Logan's old pals Deadpool and Steve Rogers are on the case! And Ben Acker and Ben Blacker, mad minds behind "The Thrilling Adventure