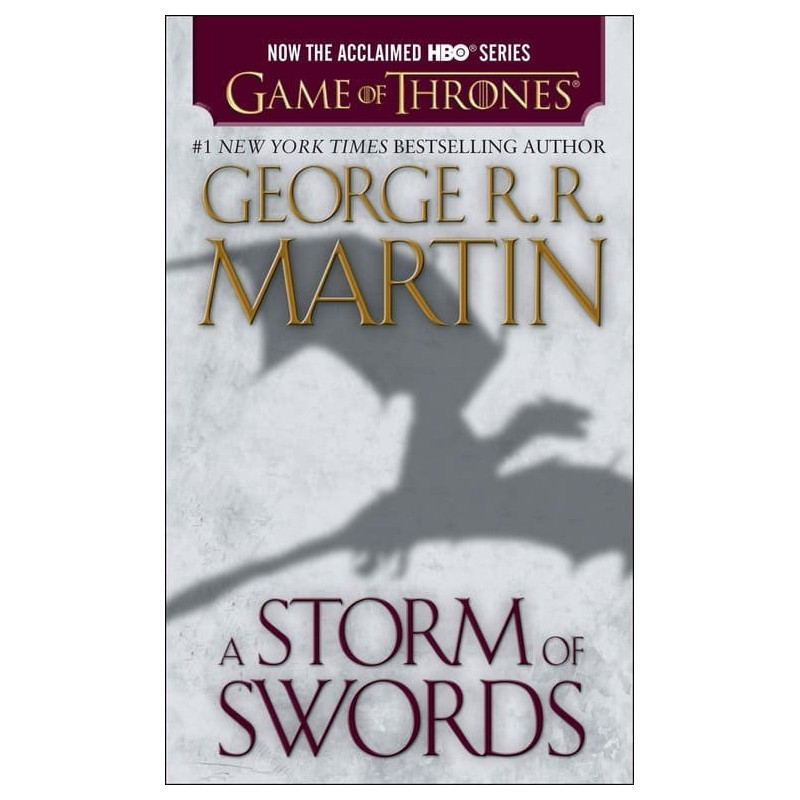 A Storm of Swords: A Song of Ice and Fire, Book 3

$39,900
A Storm of Swords: A Song of Ice and Fire, Book 3 - George R R Martin Roy Dotrice et al
THE BOOK BEHIND THE THIRD SEASON OF GAME OF THRONES, AN ORIGINAL SERIES NOW ON HBO. A SONG OF ICE AND FIRE: BOOK THREE Of the five contenders for power, one is dead, another in disfavor, and still the wars rage, as alliances are made and broken. Joffrey sits on the Iron Throne, the uneasy ruler of the Seven Kingdoms. His most bitter rival, Lord Stannis, stands defeated and disgraced, victim of the sorceress who holds him in her thrall. Young Robb still rules the North from the fortress of Ri