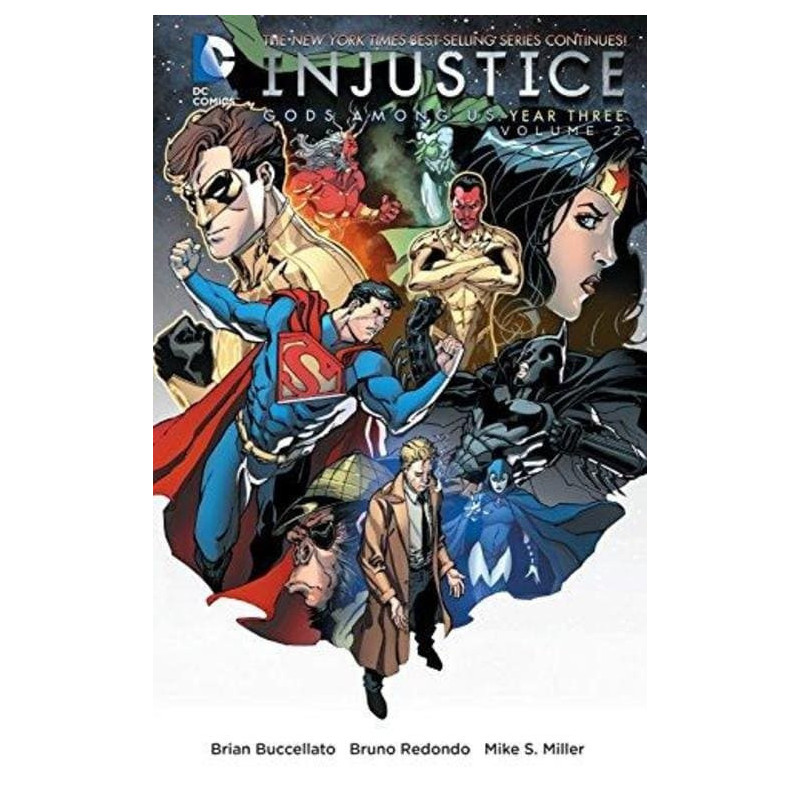 $74,000
Injustice: Gods Among Us: Year Three (2014-2015) Vol. 2 (Injustice: Gods Among Us (2013-2016)) - Brian Buccellato Bruno Redondo et al
Explore the world behind the smash-hit video game from the makers of MORTAL KOMBAT in INJUSTICE: GODS AMONG US: YEAR THREE. Both sides of the superhero conflict between Superman and Batman have summoned magical beings of unimaginable power to fight by their sides—but when it appears that neither team can control the forces that they have brought into this war, it may already be too late. The two groups of battle-scarred heroes must forge an alliance to end the carnage they’ve created. John