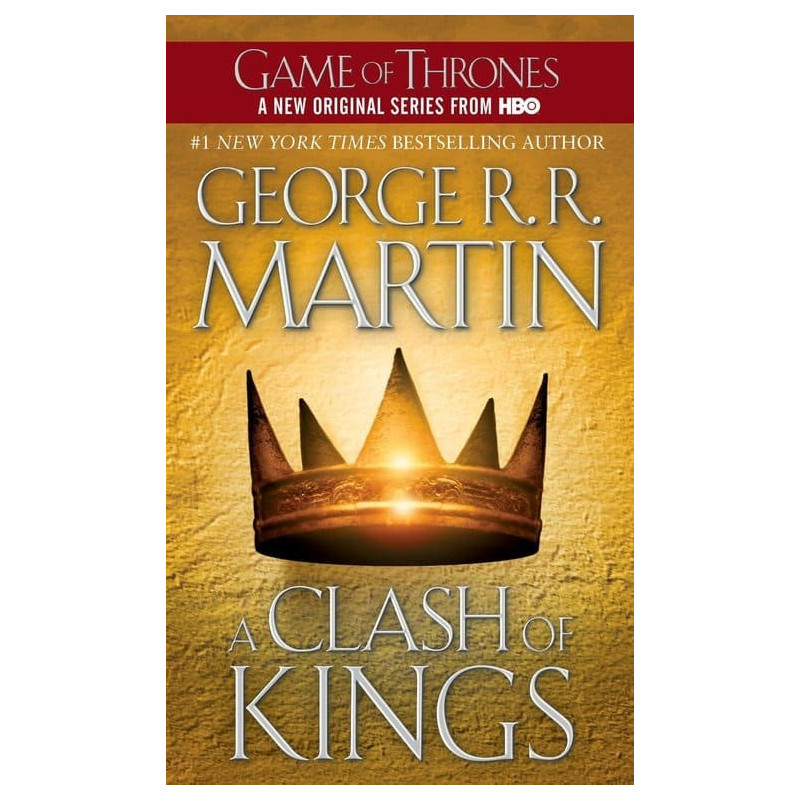 A Clash of Kings: A Song of Ice and Fire, Book 2

$27,930 Save 30%
$39,900
A Clash of Kings: A Song of Ice and Fire, Book 2 - George R R Martin Roy Dotrice et al
THE BOOK BEHIND THE SECOND SEASON OF GAME OF THRONES, AN ORIGINAL SERIES NOW ON HBO. In this eagerly awaited sequel to A Game of Thrones, George R. R. Martin has created a work of unsurpassed vision, power, and imagination. A Clash of Kings transports us to a world of revelry and revenge, wizardry and warfare unlike any you have ever experienced. A CLASH OF KINGS A comet the color of blood and flame cuts across the sky. And from the ancient citadel of Dragonstone to the forbidding shores of W