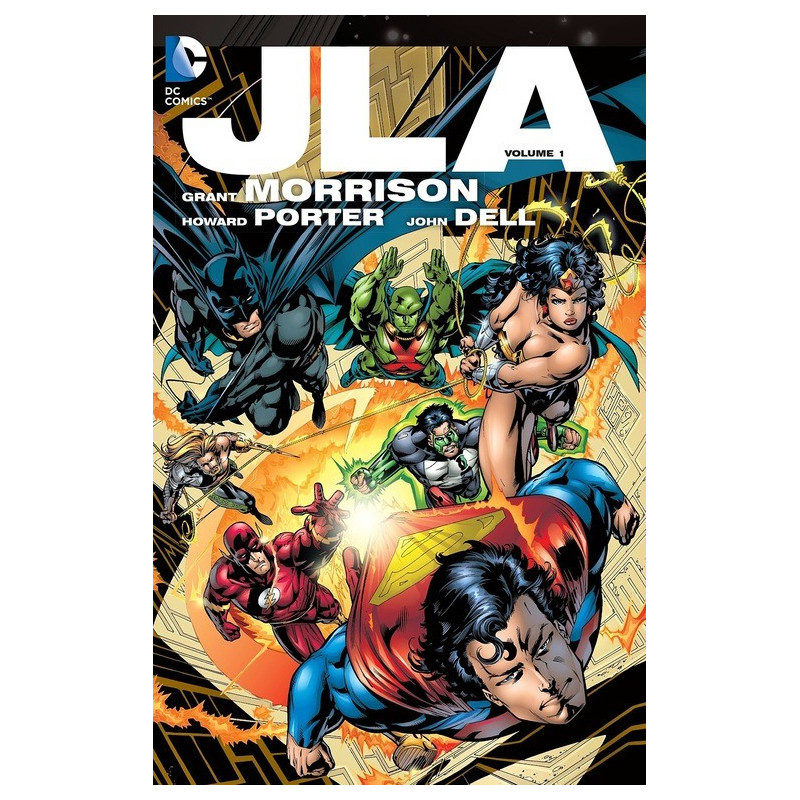 $65,000
JLA Vol. 01 - DC
Written by GRANT MORRISON and MARK MILLAR Art by HOWARD PORTER, JOHN DELL, OSCAR JIMENEZ and others Cover by HOWARD PORTER and JOHN DELL The legendary 1990s JLA series written by comics mastermind Grant Morrison FINAL CRISIS with stunning art by Howard Porter and others is now collected in trade paperback, including issues No.1-9 and JLA SECRET FILES No.1. The action begins as the JLA reunites to stop the Hyperclan, who have come to Earth posing as a new group of Super Heroes. But as their true na