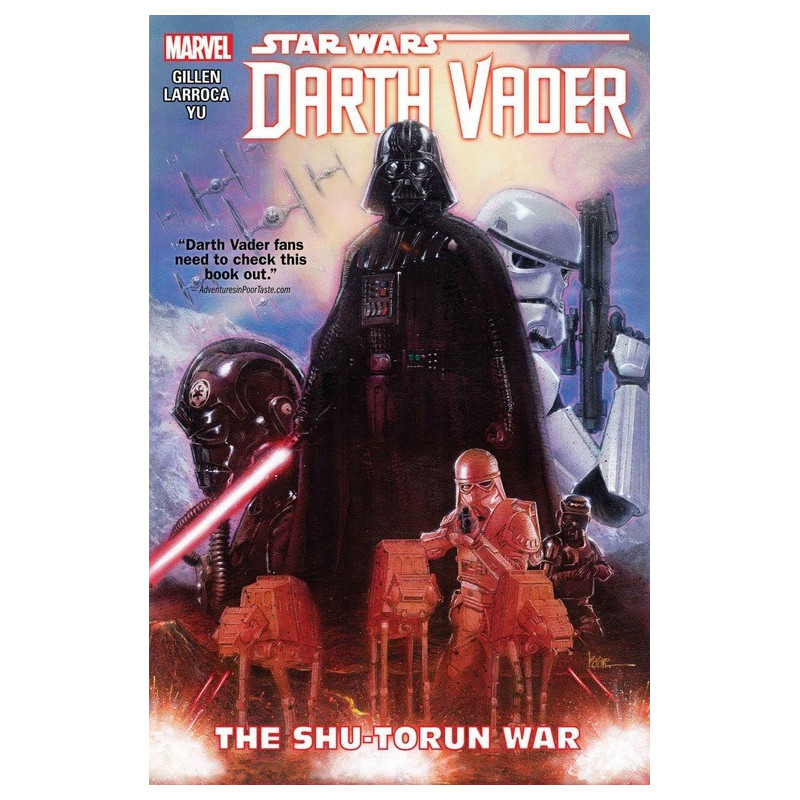 $75,000
Star Wars. Darth Vader - Volume 3 - Marvel
The unstoppable march of the Dark Lord of the Sith continues The natives of the planet Shu-Torin are revolting. And theres no way the Empire will stand for that. Darth Vader is tasked with leading a military assault against Shu-Torin Could it be that his rise to glory has begun? But who will follow Vader into war? Would you? Then again, its better to fight alongside Vader than against him. Thats a lesson that the Ore Barons are about to learn...